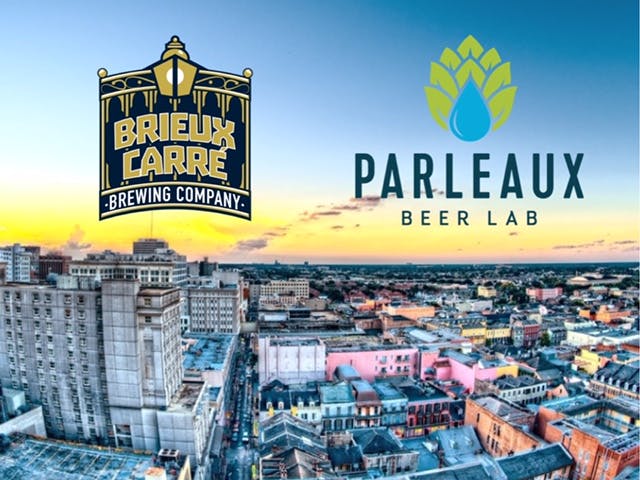 The craft beer scene in New Orleans has finally arrived. We may be late to the scene, but there’s a reason why we are called the Big Easy.

We ease into society, define cultural terms on our time, and of course, we like to put our own personal touch on trends and make it our own. It’s something we are proud of and what truly sets New Orleans apart from the rest of America. And, honestly, we don’t even mind being a few years late.

Right now, other markets are struggling with saturation. San Diego has 100+ breweries. Denver, more than 50. New Orleans, only 5. We have years of substantial growth ahead of us.

Statistically speaking, the craft beer scene in New Orleans in 2017 is right where the rest of America was at in 2011. It’s an exciting time to be a beer lover in New Orleans, and now finally, our adventurous vacationers are going to be able to partake in the local craft beer experience.

This boom is coming in a time when New Orleans itself is primed for huge spikes in tourism over the coming years.  Breweries and distilleries (check out all the latest New Orleans’ Distilleries opening) make up some cities entire tourism industry.

Yes, we are looking at you Asheville, NC.  New Orleans is just now at the forefront of it. But no disrespect to Asheville, we are actually a little jealous of your scene.

But, hey, scoot over, there’s plenty of room for everyone. Our approach is not ‘divide and conquer’ but bridging tourism with the new local craft beer culture.

We are going to put our own touch on it though, and it will be exciting to watch.  New Orleans isn’t just adapting into the latest trend of craft beer, but instead, our craft beer scene is going to morph into New Orleans the way it should.  Slow, methodical, and will stand the test of time.  Laissez le bon temps roule!

Once there was a time, pre-Katrina, when all our tourism dollars stayed in the French Quarter. But now, the secret is out about these two bustling neighborhoods.

Since Katrina though, New Orleans has seen substantial growth to the friendly Marigny & Bywater neighborhoods.

Now, there are hundreds of AirBnBs and short-term rentals along with more new restaurants and bars opening almost weekly.  With the help of ANP (Alliance of Neighborhood Prosperity), AirBnBs are officially legal in the city, and this is a great thing for tourism dollars to stay in our city.

Also, after a long and bumpy road with the city, Uber being legalized in 2014 changed transportation in our city forever making it easy and inexpensive to get around. Uber, overnight, cut fares and wait times in half from the taxi cab industry.

Let’s take a look at the Marigny: for starters, Frenchmen St. is now the new Bourbon St.. Let’s not kid ourselves, with the information age and social media, Frenchmen. St. is no longer New Orleans’ best kept secret.

Locals and tourists alike join the scene for daily and nightly jazz and live music, 365 days a year. The 2-block portion of Frenchmen hosts thousands of musicians annually and can have a few handfuls of daily live music events during peak season.

A new brewery to the market is going to be the perfect fit. Bourbon St. will always be a staple in our culture, but with a cleaner version, awesome music, and now a brewery, does Frenchmen have the manpower to takeover Bourbon St. as THE must see thing to do in the city?

Instead of your typical potent everclear & sugar beverage, do we now grab a Double Dry Hopped IPA on the go? Only time will tell, but we certainly prefer the latter.

Plus, where else in America can you actually purchase an awesome beer on tap, and then transport it anywhere in the city as you walk throughout our famous streets? Craft beer drinkers are the minority in New Orleans, but our guests are coming from cities where craft beer reigns king, and this is a huge value add to our already world class city.

The Bywater, further downriver and just a few blocks away from the 9th Ward, has turned into hipster haven.

The houses in the Bywater certainly have some of the most character in our city. The colorful shotguns, single, double, and camelback alike, all make for a beautiful morning dog walk.

Some of the hottest spots in the city are now located in the Bywater: Bacchanal Wine, Pizza Delicious, The Joint, Oxalis, and so many more places for all foodies.

Of course, we would be careless not to mention The Country Club, the city’s best pool party open year around with a drag queen brunch every Saturday morning.

Now, we finally get to insert a couple of much needed breweries into the neighborhood.

Eric & Leah Jensen, owners of Parleaux Beer Lab in the Bywater, have a flair for repurposing materials found while converting their purchase of a warehouse/shotgun house into a unique cozy, neighborhood brewery.

Their brewery, opening spring 2017, will create an authentic, down to earth vibe with a family friendly atmosphere. Parleaux’s most appealing dynamic could be the outdoor space: an expansive 8,000 square foot beer garden. When we say “beer garden,” Parleaux will be taking this cliche to the next level.

They literally have a full garden: 13 citrus trees, lemons,  grapefruits, satsumas, and naval oranges to name a few. Throw in three pecan trees and Eric has so much ammunition to make some killer specialty beers in his own backyard. Overall, an amazing  addition to the New Orleans artsy neighborhood.

The history of the building itself dates back decades. The previous owner built a half-shotgun house on the side of his warehouse in the 1940s. The warehouse, originally a repair shop, was used to be a place to purchase records in the city back in the 1950s. Once the deal was finalized, Eric and Leah officially owned the warehouse space, an 8,000 square foot lot, a shotgun house, and a full garden.

Eric Jensen himself designed and built approximately 50% of the entire brewery while subcontracting out the other 50%. His love for repurposing “junk” and making it look beautiful really stands out inside the brewery.

Eric custom made the entire bathroom based on old scraps, and Jensen will even be repurposing an old shipping container into a fun funky patio space. His container, randomly located in the backyard, will add a lot of flair with the addition of potential swings .

Eric wants the vibe to be a “cozy, neighborhood brewery.” In hindsight Eric said, “we would have probably used more contractors,” but the place is looking as cozy as ever. There is also a greater sense of pride when you can build half a brewery on your own terms.

Parleaux  will serve their craft brew from 12 taps, connected to six serving tanks. In addition, house mode soda and ice coffee will be on tap. The brewery will be kid and dog friendly, just like 4 of our 5 current breweries in the city.

Eric says, “I want this space to develop organically, so I definitely want it to be family friendly. I want people to feel like they can bring their kids here, and have beers on a Saturday afternoon.” Jensen commented seeing this trend  when visiting beer cities like Denver or San Diego, “you will see breweries filled with children.” So he will be including kid friendly activities in the backyard.

Eric’s brewery also utilizes some of the latest technology in the industry. To carbonate the beer, Eric uses a Nitrogen Generator, which automatically pulls Nitrogen from the air instead of having to refill the tank continuously. This coupled with the Jensen’s love for being lean and finding a use for everything will make this spot a perfect addition to the

Let’s not forget to mention he plans to have food trucks pulling into the side gate almost nightly. Food trucks and breweries have become synonymous partners in and of themselves.

Move over dive bars, brewery guests need to eat too! Overall, we think Eric & Leah’s place is going to be a rockstar addition to the neighborhood, and we can’t wait to start bring our craft beer tours to showcase this new Bywater scene.

Robert, at 25 years old, is the youngest Brewery entrepreneur in the city. “I’ve always had a passion for entrepreneurship,” Bostick says, and in early 2013, with 3+ years of brewing experience under his belt, he developed this microbrewery vision during an during an impromptu bottle share at his Uptown home.

“Your beer is on par with of any local craft beer we are accustomed to,” his friends told him. We can tell you from our own taste buds, this statement rings true (pro-tip: try the Imperial Saison). With this optimistic, aggressive mindset he always had, he began working on a business plan for a brewery.

As the visionary process unfolded, Bostick’s enthusiasm for brewing connected him with another passionate homebrewer and Chemical Engineer, Taylor Pellerin.

Together, these two young men dedicated to the art of brewing, materialized their dream and created a unique addition to New Orleans growing brewery scene. Bostick refers to their working partnership as: “two young guys with an obsession for furthering our knowledge of brewing science and history and pushing the limits with different recipes.”

Brieux Carré is located at 2115 Decatur St., only a few steps away from the corner of Frenchmen. Entering the 1,100 square-foot brewery, twelve taps will excite the tastebud diversity for all craft beer lovers.

Outdoor back patio at Brieux Carre

Never mind the awe-inspiring brewing tanks visible from the bar. But, the best part unfolds when walking outback, and finding a court-yard patio filled with picnic tables. The ultimate intimate spot for an evening unwinding with a cold brew, while listening to the neighborhood musical rhythms playing from local Frenchmen St. musicians and brass bands.

Robert & I met at Brieux Carré in the summer of 2016 as I was writing the business plan for NOLA Brew Bus. We drank a Bell’s Two Hearted Ale and shared the excitement of craft beer in New Orleans.

Enter into the scene the NOLA Brew Bus new business partner, Jesse Barry.  Alongside Robert and Taylor, Jesse and I have the same love and passion for not only entrepreneurship but also for the growing craft beer and tourism scene in New Orleans.

We knew this was a must-see for all incoming revelers, so the four of us decided to put together one bad-ass New Orleans History Tour.

Every Saturday from 2-4 with the hope to move towards 7 days a week, you can spend your afternoon with the NOLA Brew Bus and Brieux Carré team with our new NOLA History & Craft Beer Walking Tour.

In addition to the Saturday Brewery Tour, we plan to start a monthly vlog demonstrating the art of making craft beer. Stay tuned for this exciting development!

In addition to our walking tours and vlogs, Parleaux Beer Lab will be a routine trip on Wednesday & Sunday afternoon Brewery Tours as well.

There is no denying craft beer in New Orleans anymore. By the end of the year, the city will have double digit breweries with more breweries planning to open every year for the foreseeable future.

A big congratulations goes out to both Parleaux Beer Lab & Brieux Carre Brewing for being the pioneers to start-up the Brewery scene in these two awesome neighborhoods. We look forward to seeing more breweries opening in these neighborhoods as well as expansion of the NOLA Brew Bus!

You may also enjoy…