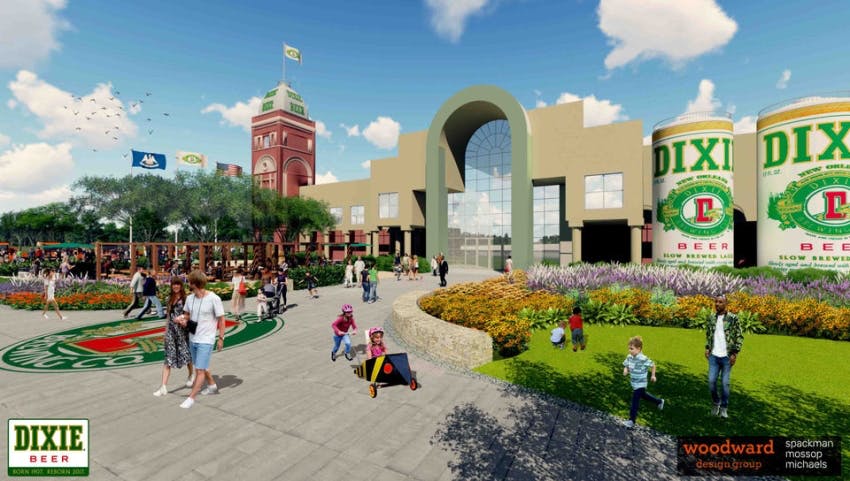 The History of Dixie Beer in New Orleans

Dixie Beer is frequently thought of as one of the classic New Orleans beers, but they have not made beer in New Orleans since 2005.

Why then do people think so much of the relationship between the city & the beer?

New Orleans & Dixie Beer go way back, and today we learned that Dixie would again be brewing beer in the Big Easy.

The Birth of Dixie

It all started in 1907 when Dixie Brewing was founded by Valentine Merz. Beer was being produced and Dixie was one of several breweries in New Orleans at the time, thanks to German immigration bringing brewers and beer culture to the city in the 1850s.

Unfortunately, not long after Dixie’s opening, Prohibition came along in 1920. Dixie Beer changed their name to Dixie Beverage Company and survived the alcohol ban by producing sodas and “near-beer”.

In the mid-1930s once the government lifted the restrictions, Dixie went back to brewing beer and thrived in New Orleans. They were thought of as the local beer and were financially doing quite well. They were one of only four breweries to survive prohibition in the big easy.

Dixie in the last 50 years

Unfortunately, the 1980s brought mass-produced beers like Budweiser to New Orleans and Dixie started to struggle to keep up. Every other brewery in the city shut down due to this new competition, leaving Dixie as the sole beer-producer in New Orleans.

The Bensons Get Involved

Tom and Gayle Benson purchased Dixie Brewing Company from the Brunos in July 2017. They immediately started having Dixie distributed throughout the city again. Tom promised to bring the brewery back to New Orleans along with the new distribution plan.

In March 2018 during the process of acquiring a site for the new brewery, Tom Benson passed away. The future of Dixie Beer in New Orleans was uncertain. Would the plan continue? Would Dixie stay in Memphis?

Gayle Benson and Mayor Cantrell announced today the plan for a 30-million dollar brewery in New Orleans East. The site is currently a vacant industrial site. Construction is estimated to take 18 months to two years.

The plan includes a brewing facility to brew 1,000 barrels per month to start, as well as a tap room and green space in front of the brewery.

Dixie would be the second brewery to open in New Orleans East, alongside Royal Brewery which opened in 2017.

You May Also Enjoy: