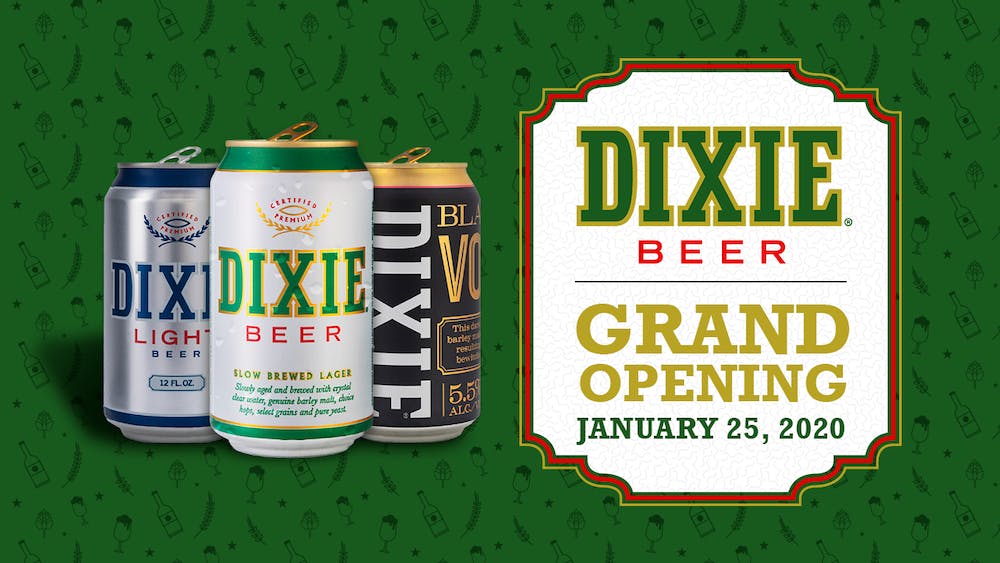 Over 35 breweries came and went from 1850 through the early ’20’s, but only three breweries survived Prohibition, and only one survived the test of time until Hurricane Katrina flooded New Orleans in 2005, closing the Dixie Brewing operation in the city.

Now, 15 years later, we can officially report with huge enthusiasm, Dixie is reopening January 25, 2020 back in NOLA.

Here over at Brew Bus, we’ve been watching the building of Dixie all summer long. We are now finally seeing the full vision coming to be.

In this episode of Brew Bus Shenanigans, we chatted with Jim Birch, our friend and general manager of this state of the art operation. Let’s hear what Jim has to say.

– Tell us what you’re excited about, Jim.

– Yeah, well, thanks for comin’. We’re excited. I mean, what you’re standing in right now is a 85,000 square foot building with two brew houses. We have a 15 barrel innovation brewhouse right here. So, we’ll do experiments and some weird beers and some other things, and this is what you see as you walk in. And then in the very back, we have a 100 barrel brewhouse, which is our production brewhouse, and that’s where the Dixie, Dixie Light, and Blackened Voodoo is all gonna be made.

– Very nice. So, we know that in craft beer it’s difficult to, you know, cross state lines and boundaries, but with the size of this facility, Jim, you wanna talk about how many states you guys are gonna be distributing in eventually?

– Louisiana, Texas, Mississippi and Alabama. We’re gonna roll out in Florida this coming year, and then we actually have wholesale relationships across 22 states, so–

– Dixie’s gonna move back into that territory that we used to have.

– Very nice. Well, the place is beautiful. Let’s go check out some of the brew equipment, and let’s just see this magic happen. What is the capacity of barrels?

– [Matt] That’s pretty impressive. So, just to give perspective, Abita Brewing, our largest brewery in Louisiana, one of the top 25 breweries in America, they do about 140,000 barrels. So this place already has the capacity to do 100,000 from day one. ♪ Dance ♪