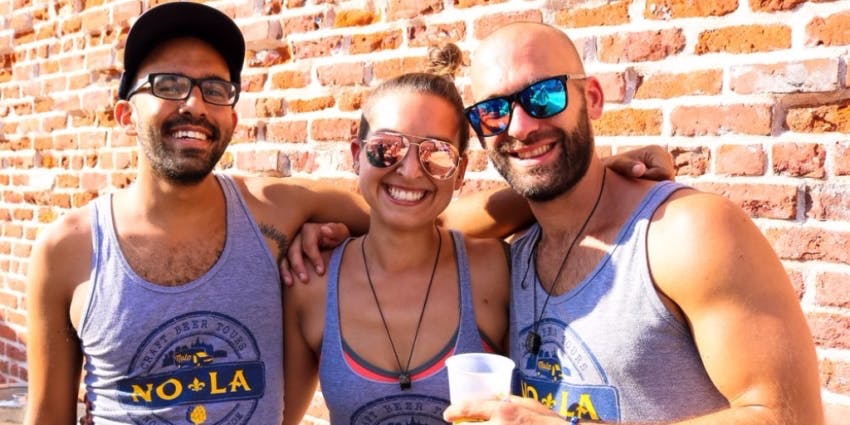 LSU vs BYU in the Superdome September 2

Hurricane Harvey had already reigned its terror on Houston & its surrounding areas. Tens of thousands of homes lost. Billions of dollars of damage.

With such devastation, the LSU-BYU game though was officially moved from Houston to New Orleans on the morning of August 28th. Thus giving locals a reason to celebrate while simultaneously helping out victims of a disaster that is far too familiar with those in South Louisiana.

The NOLA Brew Bus Team took action and put together a last minute tailgate and hosted more than 250 people throughout the day. It was a great day:

During the midst of planning, my Uncle and lifelong entrepreneur, Steve Watkins, reached out to let me know that Asbury Methodist Church in my hometown of Bossier City, LA was in the midst of purchasing many “Flood Buckets” to donate directly to those affected. We thought this was a wonderful idea to ensure the money raised was going directly to a person instead of a CEO non-profit salary.

These “buckets” include many of the essentials needed to help with clean-up efforts. The cost is ~$65 per bucket meaning around 60 people will be able to receive these supplies by the good folks who simply attended a fun party and donated their monies.

Asbury Methodist Church is also near & dear to my heart as they have dedicated all dollars in memory of the Watkins’ daughter and my cousin, Katy Watkins, who tragically passed in a car accident in high school in 2006. Asbury and the Watkins since have done so much for the community in memory of Katy, and NOLA Brew Bus was proud to be a part of this tradition will continue for years.

Of course, we would not have been able to do any of this without the help of our Sponsors:

A big thanks to everyone who came out!