The Region’s Largest Beer Festival is This Weekend in NOLA: Here’s What to Expect 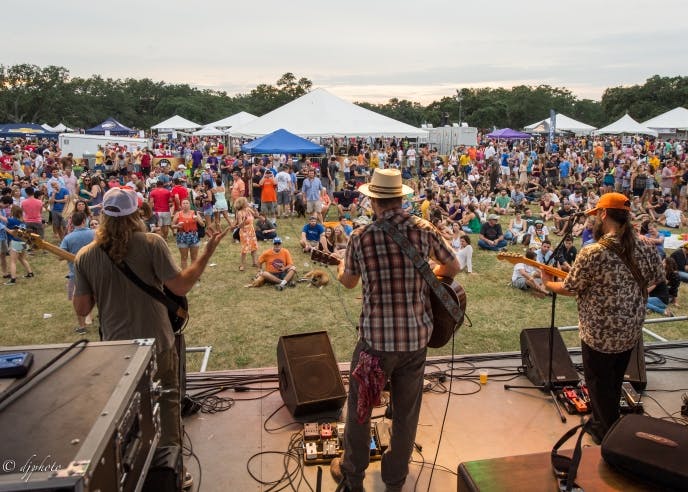 NOLA On Tap holds a special place in my heart. The Brew Bus opened its doors on September 30, 2016. The weekend before was NOLA on Tap, the largest beer festival in New Orleans.

We were able to sponsor our business and park our 22-foot bus proudly on display. Thanks to everyone who came by last year and talked to us! This year the bus will be on the road hosting Bachelor Parties and Public Tours, but that does not mean you have to miss out on the best Beer fest in the South.

15,000 showed up in 2016, and you can expect a similar if not bigger crowd this year with the emergence of our craft beer scene. Beer, Music, Food, but mostly BEER. And damn good BEER.

I have to be honest, the Homebrewers are always my favorite part about the beer festivals. This is where you can find hidden gems that taste better than almost any beer mass produced for public consumption.

Homebrewers allow the beer connoisseur to enjoy the creativity of the mind without the looming stress of running a successful brewery on top of producing high-quality beer. We counted 19 homebrewers are the event this year. You can see the full list here.

Last year, NOLA on Tap introduced some new technology the world may have not quite been ready for yet, so we are back to the reliable tickets this year. Here’s what the ticket situation looks like.

Of course, local and regional breweries along with all the national brands will be on tap throughout the day. Here’s a list of Louisiana breweries you can expect:

Of course, it would not be a festival without a pretzel stand and Bratz Yall has got you covered there. Here’s the full list of food:

I’ll be DJ’ing some groovy house tunes from 11 to 1PM! Check out a recap of our tailgate party to see the style of music to expect:

Miss Mojo is a soul-pop band based in New Orleans, Louisiana whose distinctive style is characterized by its airtight rhythm section, its hard-hitting horns, and two powerful female lead vocalists. The group’s creative energy draws principally from neo-soul and New Orleans’ extensive funk tradition, producing smooth and soulful original music in which “hip” and “pop” flawlessly coexist. Through years of playing in the city’s vibrant party scene, Miss Mojo has also developed extremely high-energy and danceable live performances that excite audiences and celebrate the band’s passion for making music together.

The Breton Sound has crafted an on-going catalog of songs that are familiar, yet fresh. With influences ranging from Weezer to Muse, Foo Fighters to The Beatles, Oasis to Van Halen, the idea that the song should stick in your head has always been paramount, and the energy and volume needs to be there to back it up.

Johnny Sketch and the Dirty Notes

Johnny Sketch and the Dirty Notes rocks the house all the time every time! This classically trained New Orleans-based band delivers a smorgasbord of musical genres every time they hit the stage. JSDN defy easy categorization, their irreverent funk is cut with rock riffs, a Gypsy/Klezmer flare, a Latin tinge courtesy of a hard hitting horn section, and a sense of humor.