Port Orleans Celebrates One Year with a Party NOLA Style 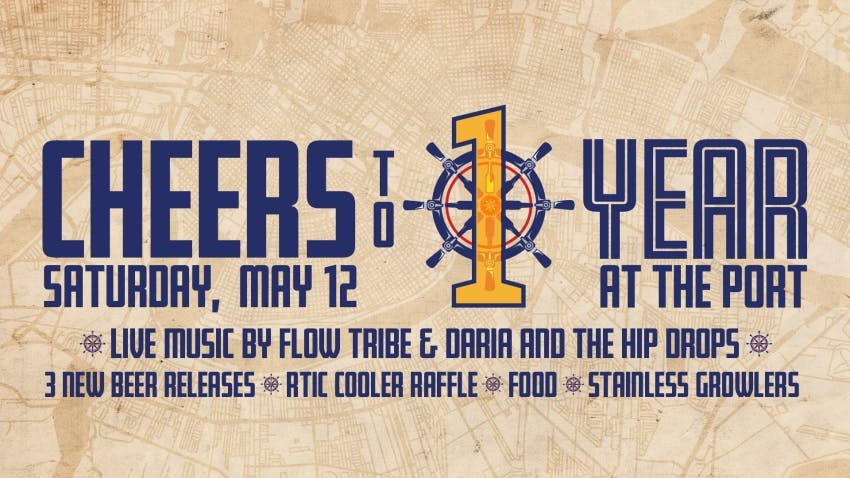 Let’s be honest, a hazy IPA is not the best beer for binge eating crawfish.

After dialing in their strategy the first few months, Port Orleans is now starting to offer more aggressive craft styles culminating with 3 new releases for the big one-year party this Saturday, May 12th:

In addition to these new beers, last month, Glory Haze was released to honor the “Glory Days” of Managing Partner and former All-Pro 11-year Saints vet, Zach Strief. This IPA is delicious–a well-balanced hop bomb with the perfect amount of bitterness.

Be sure to try that one out to while at the event.

Don’t forget to show up hungry as Stokehold Restaurant is putting out some incredible food. The crowd favorite fish & chips is worth the trip alone:

Of course, it would not be a party without some New Orleans music to liven the scene. Local artists and nationally known American funk rock band Flow Tribe will be performing along with Daria & The Hip Drops.

We already talked about the new brews, so here’s how to skip the line: pre-purchase a $20 ticket which includes a Commemorative Keg Glass, 3 beer tokens and 2 raffle tickets. That’s a $28 value with two chances to win a cooler filled with $200 worth of free Port Orleans beer.

Best Pools in New Orleans from a local Tour Guide

Where’s the Crawfish at Local Breweries?