New Orleans Brewery Tours For Every Type of Traveler 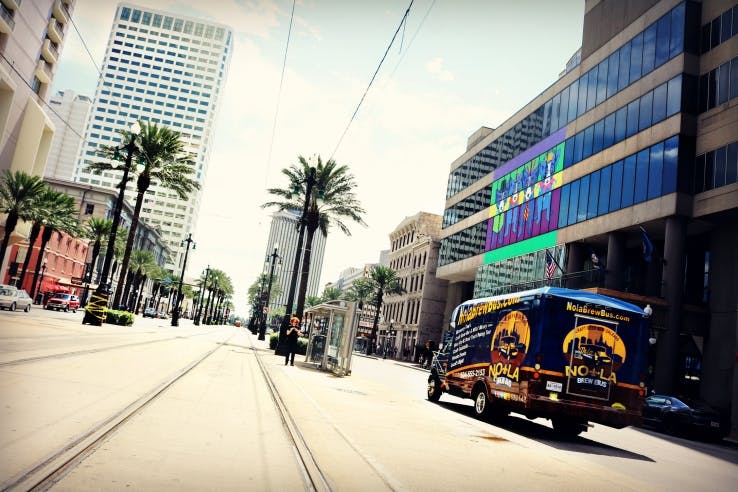 How best to navigate the city’s burgeoning beer scene? Let someone else do the driving.

Nora McGunnigle is well-known in New Orleans for her long-standing Beer Blog as well as nationally published articles from various mediums. She recently did a piece on the three local beer tour companies including NOLA Brew Bus for WHERE Traveler Magazine. Here’s what she had to say:

BEST FOR ANY KIND OF PARTY

On Friday afternoons the Brew Bus crosses Lake Pontchartrain to tour the Abita Brewing Company; on Saturdays and Sundays, it hits three of the eight in-town breweries, switching routes every month. Participants get a tour at one of the three stops, two beers at each and some history about the city and its rich brewing history in between.

NOLA Brew Bus also offers a Saturday afternoon “To-Go Cup” walking beer tour, which focuses on one of the city’s newest breweries—Brieux Carré, just off of Frenchmen Street—along with a couple of French Quarter bars where guests can sample local brews. Private tours are also available for groups and parties.

“We promote not just craft beer in New Orleans, but our city in general,” Marsiglia says. “As a licensed tour guide company in the Big Easy, we really pride ourselves being the liaison between tourists, breweries, new locals finding their groove and small businesses.”

Thank you Nora and cheers to a burgeoning New Orleans beer scene!